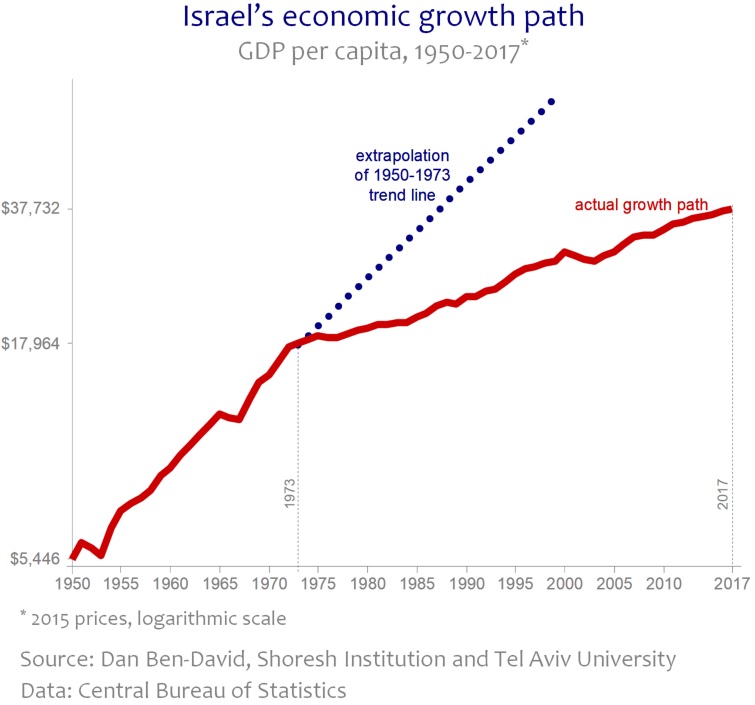 One word, innovation, encapsulates much of the very essence of Israel. While an ingrained culture of challenging rules and regulations can be problematic in many realms, it is a fundamental ingredient underlying the country’s disproportional international leadership in scientific and technological breakthroughs. Israel has one of the highest number of Nobel laureates in the sciences per capita in this millennium, while the number of international patents produced by its citizens, relative to its size, places the country among the world’s elite. Broad recognition of this leadership has led to extensive foreign direct investment in Israel. It places the country, together with the United States, in a league of their own when it comes to venture capital investments that are nearly off the chart in comparison with all other countries. 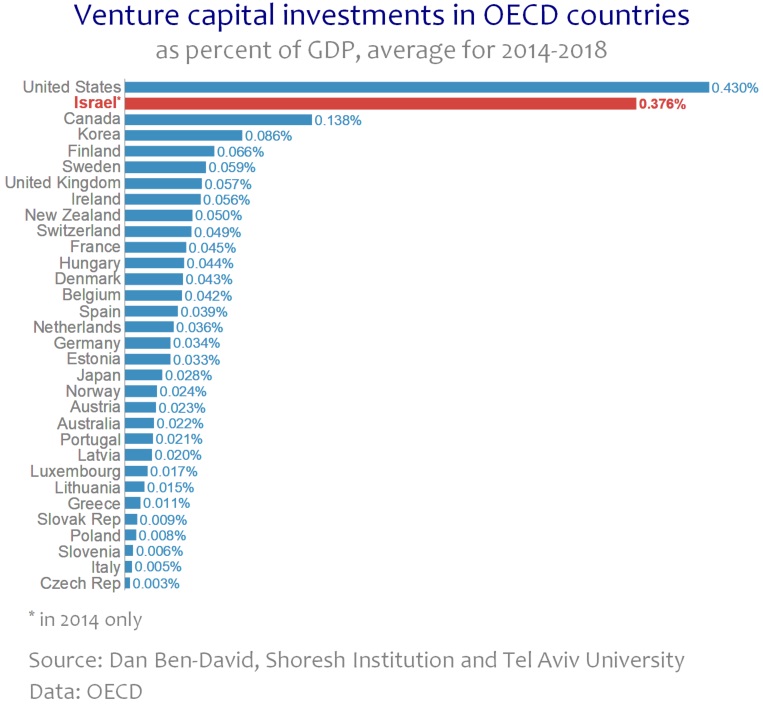 Israel is a study in irony. It is home to some of the world’s most innovative private sector companies and world class universities. At the same time, a very large – and increasing – share of the population is being left behind, with inadequate tools and conditions to work in a modern economy. Consequently, the average amount produced per hour in Israel, commonly referred to as labor productivity, is below most developed countries. Furthermore, Israel’s labor productivity has been falling further and further behind the leading G7 countries since the mid-seventies, with the gap between the G7 and Israel rising more than three-fold during this period. The farther behind Israel falls, the greater its difficulty in retaining its most educated and skilled persons, the very persons with options abroad that it needs most to remain a developed country capable of defending itself in one world’s most dangerous regions. The brain drain from Israel, while not yet at crisis levels, is high and it has increased in recent decades. A continuation of the steady productivity trends in this graph for several more decades will have existential implications for Israel. 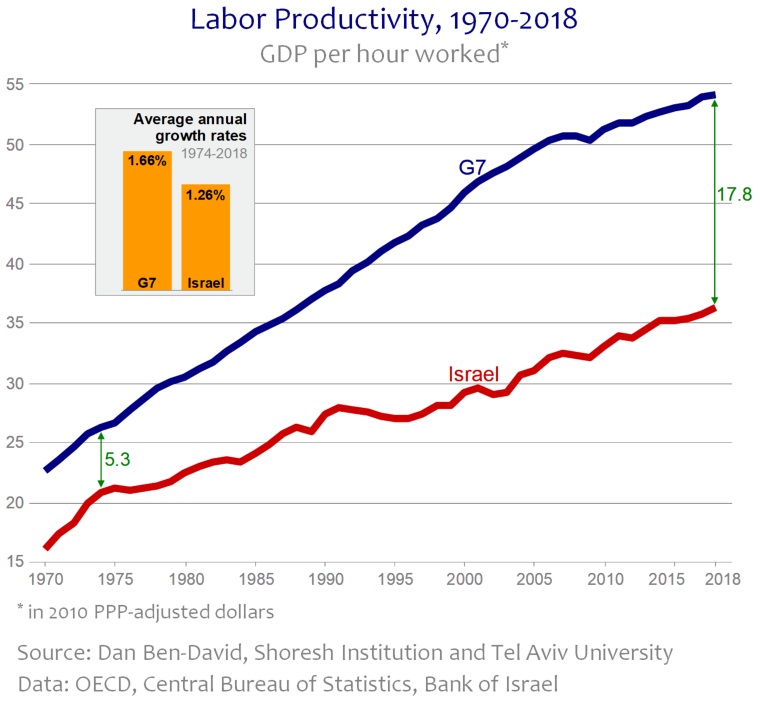 The achievements of Israeli children in core curriculum subjects (math, science and reading) are at the bottom of the developed world. The achievements of Arab-Israeli children (one quarter of the children) in these core subjects are below many third world countries – and are even below the majority of predominantly Muslim countries – while most of the Haredim (nearly one fifth of all Israel’s children) don’t even study the material and do not take the tests. These two groups alone account for almost half of Israel’s children, and they are further supplemented by the many children living in the country’s geographic and social peripheries who also receive a third world education. When roughly half of Israel’s children receive a third world education – and they belong to the fastest growing population groups – they will be incapable of maintaining a first world economy when they become adults, with all that this implies regarding Israel’s future ability to defend itself. 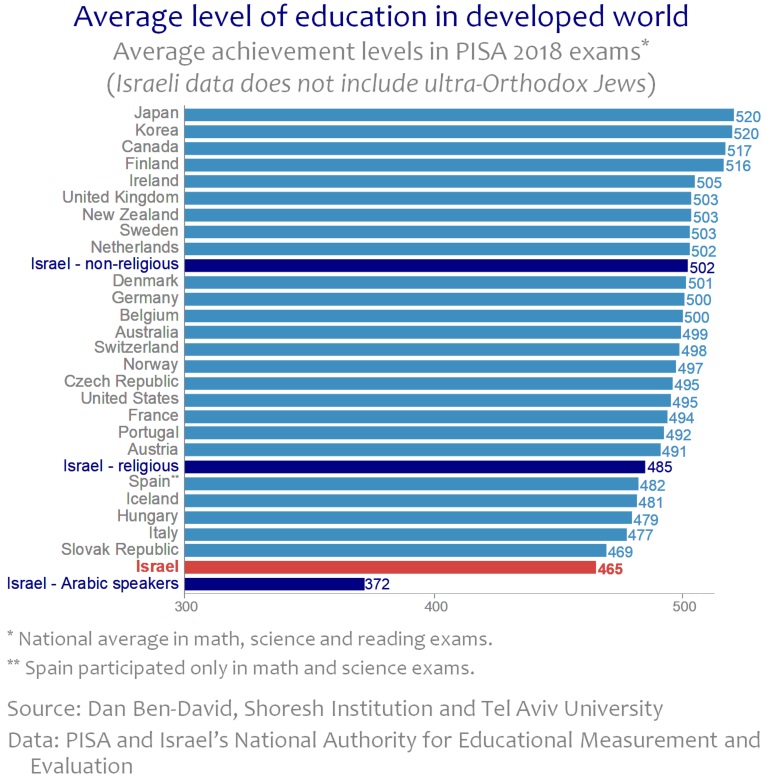 Depriving most Haredi children of a full core curriculum later manifests itself in dropout rates of over half the Haredi women and over three-quarters of the Haredi men who are unable to complete an academic degree. Consequently, while 25% of American Haredim – who are required by US law to study core curriculum subjects – have an academic degree, only 12% of Israeli Haredim have one. There are no shortcuts in life. Very few people can skip a good education as children and eventually become physicians, engineers, and all of the other professions that a first world economy must have. With the Central Bureau of Statistics forecasting that half of all the country’s children will be Haredim in just two generations, the existential implications of demography combined with the deficient education that such a large share of Israeli children receive should be self-evident. Already today, half of Israel’s adults are so poor that they don’t even reach the bottom rung of the income tax ladder and pay no income taxes at all. 92% of Israel’s entire income tax revenue comes from just 20% of the population (an increase from 83% in 2000). These are the more educated and skilled Israelis – of whom an increasing share is already deciding to emigrate from the country. In 2014, 2.8 Israelis with academic degrees left for each such Israeli who returned. By 2018, this ratio increased to 4.1. 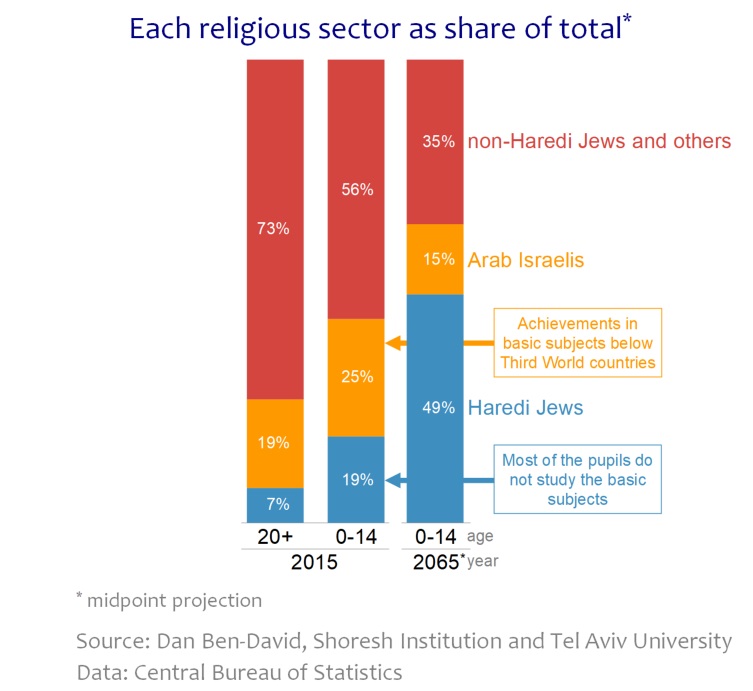 All of the knowledge needed for Israel to shift to a socioeconomic trajectory that closes gaps with the world leaders – instead of the current trajectory of falling further behind them – is already within the country. For this to happen, the barriers limiting such knowledge from reaching all of the children of Israel need to be removed. Israel urgently needs massive, comprehensive education reform encompassing a vastly upgraded core curriculum that is mandatory for all children – with no more exceptions for the Haredim. This needs to be accompanied by a comprehensive change in how the country chooses its teachers, trains them and compensates them alongside a complete overhaul of the budgetary black hole that is today Israel’s Education Ministry – a mammoth bureaucracy that epitomizes inefficiency, redundancies and major conflicts of interest. Israel has a long history of finally getting its act together when its back is to the wall. The issue of education is more insidious, and therefore can no longer be put off. When its effects become fully apparent, there are no redo buttons that can make adults children and provide them with the education that they’ll need later in life. 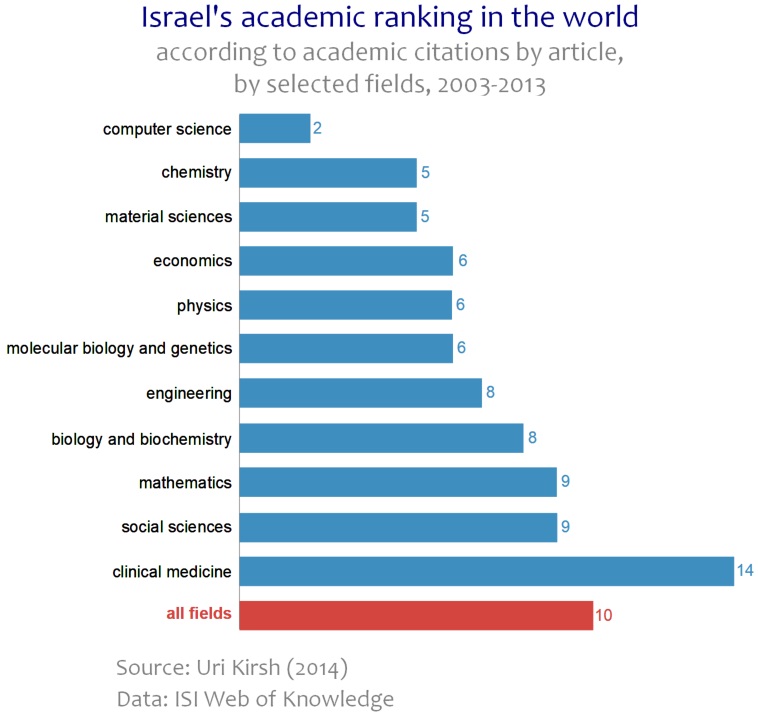 Thank you for subscribing

If you value Shoresh's work and impact, please contribute to our Passover Campaign. Donations made by new funders will grant Shoresh with an equivalent matching gift from a partnering foundation!

Your contribution will enable Shoresh researchers to continue to provide evidence-based analyses – essential for strategic perspectives and transformative policies at the national level – to Israel’s leading policymakers- government ministers and senior professional staff.